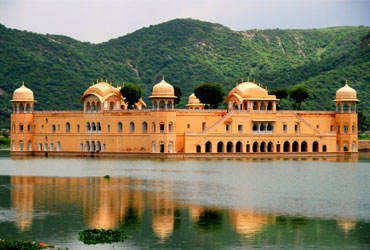 Luxury Golden Triangle tour is most popular tour in India. A typical Golden Triangle tour package covers three heritage cities of New Delhi, Agra and Jaipur. The trip is ideal for first time travellers to India who wish to explore the highlights of India like Taj Mahal, Fatehpur Sikri, City Palace of Jaipur, Qutub Minar of New Delhi and other smaller heritage monuments. You also get a chance to stay in luxurious palaces turned 5 star hotels.

If luxury is your passion, and getting the best out of a tour is your ambition, there is no better tour package than this. The places that are covered are named as the Golden triangle in Indian tourism, and not without reasons. The tour is a journey back into the golden royal days, with full-fledged customization to royalty, and no compromise in quality. While you tour Agra, Jaipur and Delhi; the heart, face and the brain of India, you learn to love better, live better and, and of course, get a new life.

How we arrange these tours

Spend four days and five nights immersed in the culture and history of the India's Golden Triangle on this memorable tour from Delhi.

Start Your luxury Golden Triangle Tour As per your Flight Schedule Driver will pickup you from Delhi hotel or Airport and transfer to hotel. After fresh up get ready to visit India gate is a war memorial located astride the Rajpath, on the eastern edge of the "ceremonial axis" of New Delhi After lunch, visit The Lotus Temple, located in Delhi, India, is a Baháʼí House of Worship that was dedicated in December 1986. Notable for its flowerlike shape, it has become a prominent attraction in the city. and local market.

Luxury Golden Triangle Tours - Full day visit of Delhi. Exploring the fascinating character of a capital from the 6th century temple complex with a rust free Iron Pillar and the Qutab Minar -tallest structure of the 11th century to the ultra modern chrome and glass skyscrapers, and from imperial India's Parliament House and the president's House (formerly Viceroy's residence during the Raj) to the never ending bustle of the walled city surrounding Jama Mosque. Also visit Humayun's Tomb - the only monument ever built by a lady in the memory of her beloved husband.

After breakfast, checkout and drive to Agra (203 kms / 4 hrs). On arrival check-in hotel. After freshup and get ready to visit:-

Agra Fort - Agra Fort is the former imperial residence of the Mughal Dynasty located in Agra, India. It is also a UNESCO World Heritage site.

Later evening back to hotel. overnigth stay in hotel Agra.

Taj Mahal : Get up early morning to witness the grandeur of Taj Mahal during sunrise, with the rising sun casting golden hues upon the marble. Return to the hotel for breakfast.

Mehtab Bagh (Moonlight Garden) : The garden, which actually predates Taj Mahal, was originally built by Emperor Babur as the last in a series of 11 parks on the Yamuna’s east bank. 100 year later it was identified by Emperor Shah Jahan as the best place to view Taj Mahal.

Back to hotel and overnight stay.

Fatehpur Sikri - Fatehpur Sikri is a city in the Agra District of Uttar Pradesh, India. Previously the city's name was Vijaypur Sikari, of the Sikarwar Rajput clan; the later city was founded in 1569 by the Emperor on the way Also you can visit The Chand Baori is a stepwell built over a thousand years ago in the Abhaneri village of Rajasthan.It is one of the largest stepwells in the world. Evening check in Jaipur Hotel. overnight rest in Jaipur hotel.

Hawa Mahal (Wind Palace)- Hawa Mahal is a palace in Jaipur, India, so named because it was essentially a high screen wall built so the women of the royal household could observe street festivals while unseen from the outside.

Jal Mahal (Water Palace) - is located in middle of the Man Sagar Lake. it were renovated and enlarged in the 18th century by Maharaja Jai singh II.

Amber Fort - Amer Fort is located in Amer, a town with an area of 4 square kilometres located 11 kilometres from Jaipur, Rajasthan state, India. Located high on a hill, it is the principal tourist attraction in the Jaipur area. (also enjoy Elephant Ride at Amber Fort).

City Palace - City Palace, Jaipur, which includes the Chandra Mahal and Mubarak Mahal palaces and other buildings, is a palace complex in Jaipur.

Albert Hall Museum - Albert Hall Museum is the oldest museum of the state and functions as the state museum of Rajasthan. The building is situated in Ram Niwas garden outside the city wall opposite New gate and is a fine example of Indo-Saracenic architecture. It is also called the Government Central Museum.

Evening free for Shopping. later back to hotel. overnigth stay in Hotel.

Loading...
Starts From
$320*per person
Let's talk on whatsApp

copyrights © ITS Holidays.   All rights reserved.